Buss' cross-cultural study shows that attraction is influenced by biology and culture.
+6

“Beauty is in the eye of the beholder.” This classic saying means that we all have a different opinion about what is beautiful. When it comes to romantic relationships, is this really the case? A common field of study for psychologists is attraction and mate preference: what do people look for in a husband, wife, or lover? Buss’s classic study shows us that our preferences might have a biological basis, but it also shows that culture can have an influence as well.

There are numerous factors that influence our mate selection. You may already be familiar with some of these factors from previous studies, such as MHC genes, facial characteristics, proximity and familiarity, among others (read more here).

Is beauty in the eye of the beholder, or can we agree this is a rather beautiful man? His beauty is a product of biological, in particular hormones like testosterone.

Some of these factors operate on an unconscious level, that is to say, we are not aware that they are influencing our decisions. For instance, girls don’t think to themselves, “ooh, I like his sexy, deep voice. He must have high levels of testosterone which means he can obtain high social status and have more access to resources or me and my children.” On the other hand, there are some qualities that do operate on a more conscious level. For example, if a man has no money, his potential date may think that he wouldn’t be able to provide for her in the future and could be less attracted to him.

But are there differences between the qualities that men and women look for in a potential partner? If there are differences, are they universal across cultures? Perhaps some cultures place higher value on certain qualities than others. These are the questions that David M. Buss set out to investigate in his cross-cultural research study of around 10,000 participants across 37 cultures.

Based on previous research that investigates evolutionary explanations of mate selection, Buss made some hypotheses. Here is a summary of some of those predictions:

The research aim was to test the above predictions by investigating the different preferences of each gender (and culture) on heterosexual mate preferences. There were 10,047 participants from 33 countries (37 different cultures) with a mean age of participants ranged from 16-28. The samples, however, are not representative of each culture as generally speaking less educated and lower levels of socioeconomic status were not well-represented in the samples. The total 37 samples do, however, represent an incredibly diverse range of geographic, political, ethnic, cultural political and racial backgrounds as was the largest sample of mate selection at the time of study.

Participants were asked to rate 18 specific traits as 0 – 3 (0 = undesirable to 3 = indispensable). Examples of traits include good looks, chastity, ambition, industriousness, sociability. Biographical information was collected on the participants and information on preferences regarding marriage (e.g. age to get married, age of preferred partner, etc.) .They were also given 13 characteristics and they were asked to rank them in order from 1 – 13, examples of these characteristics are “good earning capacity” and “physically attractive”.

The results gathered supported Buss’ hypotheses. Females from 36/37 cultures valued “good financial prospects” higher than males. Males, however, preferred mates that were younger, while females preferred males who were older. This result was cross-checked with other data and it shows that on average, men are older than women when couples are married. There was also moderate support for the gender chastity hypothesis: males from 62% of the cultures valued this more than females.

Evolution, as well as differences in gender roles, can explain some of Buss’s results.

How to get free stuff with our new rewards programme 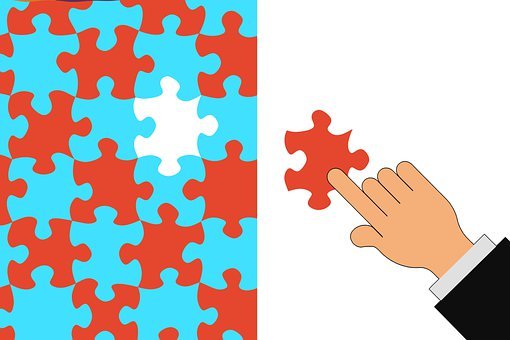 The 5 best theories for the IA